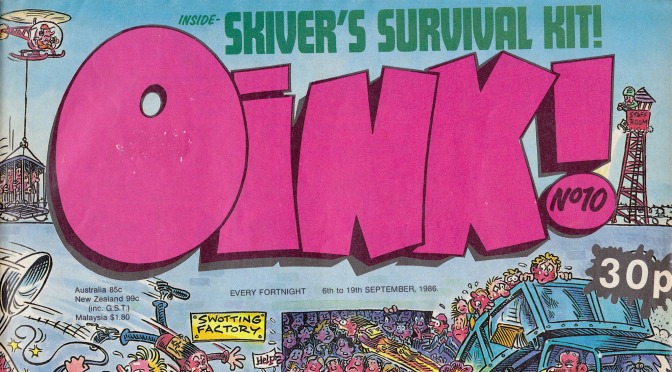 Pig pals may have already been back in class by the time issue ten of their favourite comic appeared, but at least it could be counted on to take the sting out of the beginning of September. Given OiNK’s anarchic sense of humour, having a rebellious Back-to-School Issue seems like the perfect subject for the comic.

I didn’t get to read this particular issue as a child but I still have some funny memories associated with it and the cover takes me right back to many happy years spent in front of my Commodore 64 computer in the 90s. All will be revealed on Monday 6th September.

On sale right now from #MarvelUK... 32 years ago. Did you collect any of these #comics? Do you remember any of these issues?
The mammoth Next Time promo from the previous issue (swipe to see it all), I can’t wait for issue 11 this Monday! Full review in just two days 😃🏍🐽
32 years ago (wow!) I was sat on the floor of my local newsagent’s with several copies of the same comic all around me, trying to decide which one I wanted. Why? Find out in the review of issue one of #RingRaiders. Based on the #Matchbox toys, it’s a very favourite comic from childhood which, to be honest, is still a favourite today. It’s that good.
(I do think this and last issue’s covers should’ve been swapped over, both would’ve been perfect for their respective stories.)